“A wonderfully paced and consistently clever action movie that ups the ante of a genre that’s been dominated by Liam Neeson clones.”~TheWrap

Aroview: Another enjoyably badass actioner from the director of HARDCORE HENRY (and Derek Kolstad, screenwriter of the JOHN WICK series) about a bystander who intervenes to help a harassed woman who then becomes the target of a vengeful drug lord. 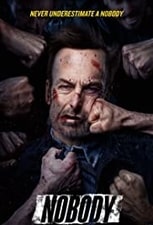